Why Are Sandbags Made Of Burlap Still In Use?

Just about every year we hear about major flooding - both across the country and around the world. It's a fact of life, and a problem that will probably plague humanity for a long as we exist. There's just no way to control the amount of rainfall or the resulting surges of water down our rivers (well, until we master control of the weather at least!).

And while technology has granted us many different advances, the single best tool for defending against flooding is, yep, you guess it - the humble sandbag.

Whatever the type of sandbag (burlap bags, polypropylene bags, acrylic sandbags, what have you) they're all THE tool for the job or emergency flooding management.

Why is this? Why do we still use sandbags?

It's because they're cheap to make, easy to use, weigh very little and are effective. They go back to the Revolutionary War when they were used to build temporary, makeshift forts. It's unclear when the first time sandbags were used to help against rising floodwaters, but they were used in the great flood of the Mississippi River in 1927.

Sandbags can be shipped in pretty cheaply and by the thousands because they ship unfilled. They're filled on the site of the flooding, or close nearby because they can be pretty heavy when filled, even though it's suggested that you only fill them halfway.

Another benefit is that sand is cheap and easily available in many areas where flooding occurs. The Army Corps of Engineers says that is sand for some reason wasn't available you could also use silt or gravel in an emergency. You could also use dirt or clay, but it's harder to bag up and stack quickly - sand more easily conforms it's shape and lets you stack the bags better.

Whether made of burlap, acrylic, polypropylene or some other material, most sandbags are very good at repelling water. Of course you have to stack them properly, but when done correctly they do a fantastic job of keeping flood waters at bay.

Sandbags are low-tech, and that's a good thing. Some shovels, some manpower and a bunch of bags and sand are all you need. Sometimes low-tech is the best option after all. They're a tool that will most likely be the number one option when floodwaters start rising. Hooray for sandbags! 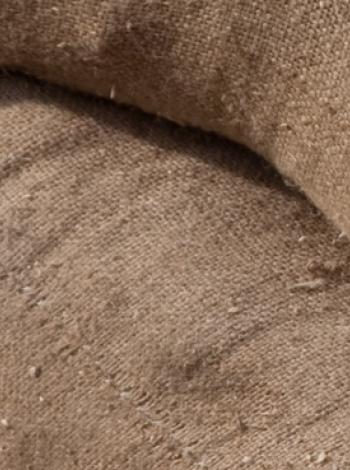