Burlap: The History of a Versatile Fabric

Burlap is an amazing material. It has many versatile uses, but first let us learn about it's history and what it is.

Burlap is called hessian is many parts of Europe because it was in wide use in Germany at the time it was called "Hesse" and Germans were called Hessians. If you watch old movies about the American Revolution, you might see or hear references to Hessians.

These Germans were a sort of mercenary that fought at the behest of the King of England against the American rebels. Some of these Hessians later stayed in America and helped settle it. George Washington even tried to use propaganda to try to get the Germans to quit fighting the Americans. For more great info on the history of these Hessian soldiers click here.

In any case, those German soldiers couldn't have been too comfortable in their burlap uniforms. Burlap is itchy and scratchy and doesn't make for great clothing. This is why it has been used by some religions, including the Roman Catholic Church in sacrificial rites known as the mortification of the flesh. In this sort of ritual, one is denied pleasures and wears things such as burlap or jute clothing or even hair shirts. Not fun at all.

Burlap owes it's coarseness to the fact that it is made of the skin of the jute plant. Jute is one of the least expensive crops in the whole world. It's also one of the strongest natural materials. The fibers of a jute pland have a high cellulose content and a high lignin content. Cellulose is a large component of plant stalks and ligning is a part of wood. This combination makes jute such a great fiber - sort of a cross between cloth and wood, with the best parts of each: it's strong, durable, resistant to heat and water seepage, and even easy to dye in different colors.

Jute is grown in areas of standing water and for that reason much of it comes from areas like Bangladesh and India because of their heavy monsoon seasons, or otherwise from tropical lowlands where the humidity of around 60%-90%. India makes about 60% of the jute in the world with Bangladesh accounting for most of the rest. Nepal and Myanmar make a much smaller portion of it.

In fact, jute has been a huge part of the culture of Bengal (a region of Bangladesh). During the 1800s and early 1900s, Bengal produced a lot of jute which was primarily taken to the United Kingdom. It was processed in mills there in Dundee, UK. It was first processed by hand into various forms until at one point it was discovered that if treated with whale oil it could be used in textile mills.

The jute industry then boomed, and the profession of Jute Weaver actually existed on the UK census in 1901. Jute was even known as the "Golden Fiber of Bangladesh". The jute trade has declined greatly due to the fact that synthetic fibers started cropping up in the 1970s.

The fibers are actually extracted from the white jute plant or corchorus capsularis and to a lesser extent from the tossa jute.  About 2 tons of jute can be grown on a hectare. Interestingly, one hectare of jute can consume about 15 tons of carbon dioxide while creating 11 tons of oxygen per year. (This is a great plant to counteract possible global warming effects.)

Did you know that it is such a popular product that it is 2nd only to cotton in terms of production quantity? Jute is also a good insulator and is anti-static.

Jute is an amazing substance and we hope this information was valuable to you. 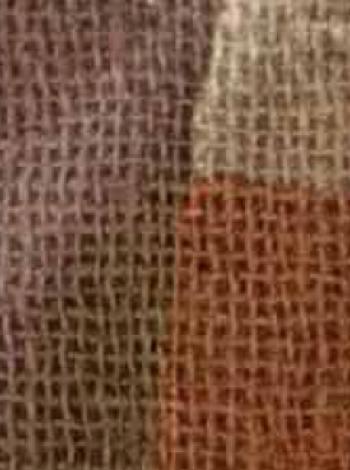